How many times have you heard the Lee Greenwood song that declares: “I’m proud to be an American where at least I know I’m free. And I won’t forget the men who died to give that right to me.” In reality, however, we Americans have forgotten many men and women who fought and died to make us free.  If we are going to honor those who chose to use violence to fight for freedom, shouldn’t we be consistent and honor all who fought for freedom?

Take Elijah Lovejoy for instance. He was a Presbyterian minister who published a religious newspaper called The St. Louis Observer. After seeing Francis J. McIntosh, a slave, burned at the stake; Lovejoy began to write editorials against slavery. His press was wrecked by a mob in July 1836, so he moved to Alton, Illinois. There he continued writing and publishing against slavery even though his press was destroyed three more times. On November 7, 1837 Elijah Lovejoy and twenty of his friends were guarding a new press. That night they were attacked by a pro-slavery mob and Elijah Lovejoy died for American freedom–killed by a shotgun blast.

How about Nat Turner. He was being held in lifelong bondage in Southhampton County, Virginia. After much prayer, Turner made the courageous decision to fight for his freedom. On the morning of August 21, 1831, Turner and six followers began to attack slaveholders and to liberate their fellow slaves. After 40 hours Turner and his growing band of freedom fighters were attacked by an army of 3000 soldiers and more than 200 brave black Americans were killed. Turner escaped but was later captured and hanged–dying to give that right (freedom) to us all. His death was a turning point in our history and helped fuel the antislavery movement.

What about the hundreds, if not thousands of Americans who were killed running away from lifelong bondage. Courageous Underground Railroad conductors like Harriet Tubman highlight runaway slave successes, but what about all those who were killed while fleeing, or tortured to death when recaptured? Has our nation not forgotten the runaways who died for freedom? Is there even one monument to them anywhere in our country?

I’m so glad that Harriet Tubman is going to be put on the USA $20 bill! These forgotten American freedom fighters deserve great recognition. 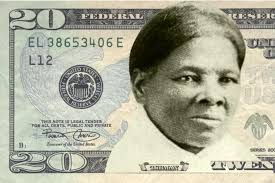 And what about all the heroic Americans who dared to stand up to Jim Crow? Think of the courage it took to cross the racial line in the South before the 1960’s. From the 1880’s to the 1950’s, more than four thousand Americans died for freedom as they stood up for their rights and were lynched by their fellow Americans. Surely those brave souls shouldn’t be forgotten.

Many made the ultimate sacrifice in the Civil Rights Movement–Dr. Martin Luther King, Jr., Medgar Evers, some of the freedom riders, even children in churches. Their sacrifices probably brought even more freedom to America than all of our modern wars.

And of course there is John Brown who unfortunately is portrayed by many history writers to have been a “mad” man. He had spent his life attempting to help liberate the three million Americans who were being held in life long bondage. After years of struggle he gave up on peaceful methods, and like some American presidents, decided to use violence as a tool of liberation. He and a small group of both black and white followers attacked an arsenal in Harper’s Ferry, Virginia hoping to create an armed resistance to slavery. His attempt failed and he was hanged. Lydia Marie Child, an abolitionist and womens’ rights activist of the times, said this quotation: “John Brown is a hero; he has done a noble deed. I am an Abolitionist. I have been so for thirty years. I think slavery is a sin, and John Brown a saint.”

Also, thousands of American Indians fought and died bravely for freedom over a period of several hundred years. Their courageous efforts to obtain freedom for their families and tribes should be remembered.

Perhaps we should remember those who have died for freedom, not only on foreign soil; but also those who died for “liberty and justice for all” right here in the USA.

For much more about those amazing heroes, check out my book, Off the RACE Track @ https://amzn.to/2O7Jazd

I like to look and think outside the box. In college I encountered Jesus Christ and I have been passionate about trying to get to know Him better ever since. My wife and I long to see the power and passion of the first Christ-followers come to life in our time. I have written a book about our experiences in non-traditional church, called, "Beyond Church: An Invitation To Experience The Lost Word Of The Bible--Ekklesia." If you need encouragement, search for: Elephants Encouraging The Room and/or check out my Amazon author page. Thank you!
View all posts by Steve Simms →
This entry was posted in $10 bill, Angelina Grimke, Frederick Douglas, Harriet Beecher Stowe, William Lloyd Garrison and tagged anti-slavery movement, black history, Elijah Lovejoy, Harriet Tubman, I won't forget the men who died, I'm proud to be an American, Ilinois, Jim Crow, John Brown, Jr., Lee Greenwood, liberty and justice for all, Lydia Marie Child, ten dollar bill, the abolitionists. Bookmark the permalink.