The kingdom of God is the only form of government that rules people from the inside out. Jesus announced: “The kingdom of God is within you.” Thus, the New Testament announces an inner theocracy and shows what it looks like when Jesus personally governs His followers from within.

When Christ came to establish God’s kingdom in the world, He didn’t use force. Instead, He surrendered to death on the cross. The kingdom of God does not force allegiance. It only rules in those who willingly submit to and freely obey its inner authority. Humility and brokenness (being poor in spirit) are the currency of the kingdom of God.

The kingdom of God cannot be established by earthly armies, religious authority, or physical power! Never substitute political opinion for humble obedience to the living Jesus and His spiritual revelation.

The kingdom of God is the only government that can save humanity. It is continually being offered to human beings and it’s King is always ready to rule in you, here and now. Will you submit your life to His government?  The Bible describes Christ-followers as citizens of Heaven and foreigners on earth. (See Phil. 3:20 & 1 Peter 2:11.)

However, if you will continually surrender your life to Christ’s inward government, the harmony of Heaven will freely flow from your soul forever. The music of the kingdom of God is a supernatural tune that God wants to play on your heart

Here is the organizational chart for the body of Christ: First: Jesus — CEO/Head of His body. Then all other Christ-followers are on the same lever, under Him. If the kingdom of God isn’t the highest ranking government in your life, you have denied God’s ultimate authority.

As we have seen, Jesus announced the kingdom (the direct, inner government) of God, but somehow it morphed into the institutional church. The one-man sermon with passive listeners, church-format evolved over centuries.

Unfortunately, overly thought out and refined language lacks the power of the honest, open sharing of simple, heart-felt words. Thus, church often fails to give people an intimate awareness of the conscious presence of the living Jesus Christ. If church was more like going to the gym than like going to a lecture series, it could change the world!

Church puts more emphasis on what we hear preached than on how well we live. If we live badly, sermon-hearing matters little.

Religions look for God in temples, churches, synagogues, mosques, etc. But Jesus came to reconnect us to the everywhere God. Many people, although surrounded by the mysteries and glories of the universe, are unaware of the One who made it!

Making the body of Christ organizational or institutional or religious, disrupts its connection with its Head — the living Jesus. When only one part of the body of Christ is active and the rest are always expected to be passive listeners; that’s severe paralysis.

My faith in Christ was sparked by observation. I saw Him living and being the King in other people and then let Him be King in my own heart. Now I’m convinced of His reality! He runs things so well!

Don’t box with God to protect your box! Let Him lift the lid off! The point of living is to get on point with God! Let God make His point in your life!

When you read the Bible, God, Himself, is speaking to you. Slow down and listen to His still, small voice in your heart. The Bible is full of testimonies of real people who were supernaturally transformed by God’s presence and kingdom.

Lives fall apart when people exterminate termites in their homes, but ignore the termites of the soul. No sin: no grace needed. Great sin: amazing grace needed. We all need God’s amazing grace! If we’re not getting on going glimpses of glory, we’re neglecting God’s great grace and His kingdom. 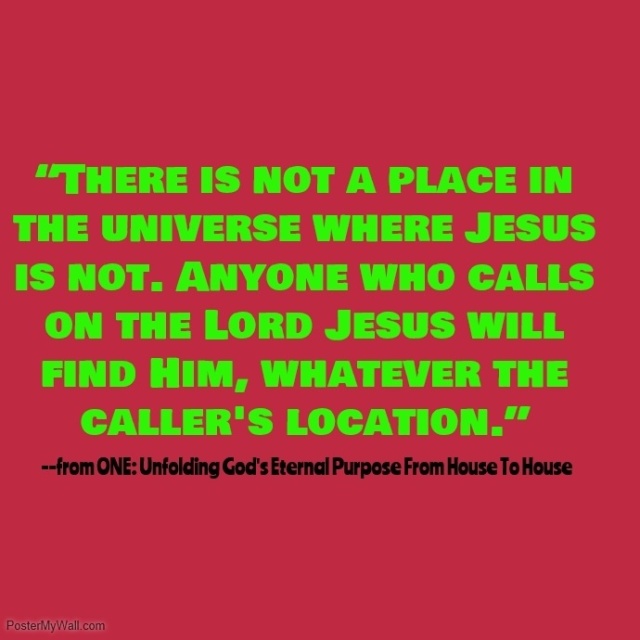 I like to look and think outside the box. In college I encountered Jesus Christ and I have been passionate about trying to get to know Him better ever since. My wife and I co-lead a non-traditional expression of the body of Christ in Nashville based on open participation and Spirit-led sharing. We long to see the power and passion of the first Christ-followers come to life in our time. I have written a book about our experiences called, "Beyond Church: An Invitation To Experience The Lost Word Of The Bible--Ekklesia" that is available in Kindle & paperback @ http://amzn.to/2nCr5dP
View all posts by Steve Simms →
This entry was posted in brokenness, church, church organizational chart, grace, hierarchy, humility, inner flow, inner Light, inner prompting, inner rivers, inner teacher, King of Kings, kingdom come, kingdom of priests, kingdom values, kings and kingdoms, music, organizational chart, political power, political views, politics and religion, poor in spirit, sin, Uncategorized and tagged Christ in you, Christianity, God's government, Jesus CEO, kingdom of God, kingdom of heaven, theocracy, theology. Bookmark the permalink.