Frederick Douglas was claimed to be personal property from his birth around 1818 in the state of Maryland.  He was physically, mentally, and emotionally abused — kept in degraded conditions and treated like an animal.  He was separated from his family and forcibly made to do manual labor without pay.  He was not allowed to learn to read, but he found a way to do so without getting caught.

When he was 20 Douglas courageously escaped from his bondage.  He began to tell people about what he went through.  Without hatred, Douglas spoke with passion and authority about the horrors that had been inflicted on him.  The stories of his unjust suffering moved people deeply.  Eventually he was asked to speak at meetings and he became known as a great orator and abolitionist.

Douglas also wrote a book about his experiences in slavery. He called it: Narrative of the Life of Frederick Douglas — An American Slave. That form of biography is called a slave narrative and there are more than 200 full-length slave narratives written by former American slaves. Plus there are thousands of shorter personal accounts of people’s experience in slavery.

If you’ve not read a slave narrative, Douglas’ book is a good one to start with. His book will forever change how you view American slavery. (For more insights into America’s racial history, check out my book, Off the RACE Track.)

For Frederick Douglas, the words “all men are created equal” were not just words in the Declaration of Independence that could be overlooked in order to justify the cruelties of American slavery, but a passionate belief that he heroically stood for all of his life.  Here are a few quotations from Frederick Douglas.

“The limits of tyrants are prescribed by the endurance of those whom they oppose.”

“Wherever men oppress their fellows, wherever they enslave them, they will endeavor to find the needed apology for such enslavement and oppression in the character of the people oppressed and enslaved.”

“The thing worse than rebellion is the thing that causes rebellion.”

“Those who profess to favor freedom, and yet depreciate agitation, are men who want crops without plowing up the ground.”

“I prefer to be true to myself, even at the hazard of incurring the ridicule of others, rather than to be false, and to incur my own abhorrence.”

“The soul that is within me no man can degrade.” 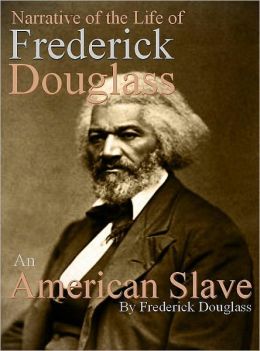 I like to look and think outside the box. In college I encountered Jesus Christ and I have been passionate about trying to get to know Him better ever since. My wife and I co-lead a non-traditional expression of the body of Christ in Nashville based on open participation and Spirit-led sharing. We long to see the power and passion of the first Christ-followers come to life in our time. I have written a book about our experiences called, "Beyond Church: An Invitation To Experience The Lost Word Of The Bible--Ekklesia" that is available in Kindle & paperback @ http://amzn.to/2nCr5dP
View all posts by Steve Simms →
This entry was posted in Angelina Grimke, black history, Creator, Harriet Beecher Stowe, history, John Brown, lifestyles, Nova, PBS, self-help, The Abolitionists, Uncategorized, William Lloyd Garrison and tagged abhorrence, agitation, all men are created equal, American abolitionist movement, apology, authority, belief, birth, Black History Month, caught, character, courageous people in Egypt, cruelties, Declaration of Independence, degrade, degraded conditions, emotionally, endurance, enslave, enslavement, escaped from bondage, Frederick Douglas, freedom, great orator, heroically, horrors, human, inflicted, injustice, justify, limits, man, manual labor, Maryland, mentally, Middle East, moved people deeply, non-violent revolutions, oppose, oppress, oppression, overlooked, overthrowing dictators, passion, pay learn to read, people, personal property, physically abused, prescribed, quotations, rebellion, ridicule, separated from his family, slavery, soul within, speak at meetings, stood for, stories unjst suffering, treated like an animal, tyrants. Bookmark the permalink.